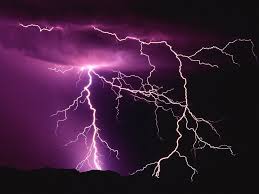 Even in the dark I could see it.  On previous wanderings I had crossed this game trail with multiple antelope tracks walking south.   On the nearby plateau I discovered their bedding area.  This was a good place to pray, and I knew from experience that unusual things could happen here.

On my last dawn walk I was approaching this area.  I remember looking ahead into the rising sun.  I could see the silhouettes of a man, woman, and dog.  I could see they were coming my direction.

As they got closer, the dog stopped, focused on me, then left behind her two-legged friends and came at a full run.  As I stopped and prepared for this greeting, the four-legged came into visual clarity.  To my profound surprise,  I recognized that she was a Bernese Mountain Dog and could have been a litter-mate to my last dog Gracie who died a year past.

I was impossibly smiling at the “coincidence” of the moment and shared memories of my late best friend with these fellow travelers.  I said goodbye to Sadie, and they continued their trek towards civilization.

It was on that same morning walk that I first prayed at the antelope trail.  On that day, sitting cross-legged on this now-nightly spot,  after lengthy time in silence, after staring into the rising sun with my eyes closed, I began to return to my physical surroundings.

I said my closure of gratitude and slowly opened my eyes.  I first focused on the swaying grasslands reaching to the mountains.  As I did, I was gently startled by something out of place.  Nearly a mile away, a silver dot moved erratically.

My slowly waking brain curiously watched and began to question itself.  What is that?  Looks like the bottom of a shiny metal can, but it seems to move with the wind.  Yes, it’s light on the wind.  Before the words came to me I was grabbing my hat, glasses were on my face.  I was sure I knew what it was, and I was going after it.

I walked quickly at an angle out in front of its path of travel.  I could then plainly see it was an aluminum foil party balloon.  (This is the point in the story when having read Indians & Aliens would help one appreciate the magnitude of this “coincidence.”)  I was miles from civilization in miles of open prairie, and I was chasing a party balloon, and I was having more fun than a kid kicking around barefoot in a sandy creek.

I was transformed in wonder.  I could see like a child.  Forgetting myself, I began to jog, and then I began to run like an antelope in an easy stride. (The “coincidence” is again connected to Indians & Aliens.)  I was gaining on my prize, lost sight of it, ran, ran, ran, and then caught a glimpse of it as I climbed the incline.  Then, in a breath, ready to reach and touch the balloon, the spirit winds shifted.  Coming up from behind me in a burst, the balloon was whipped away and carried three-hundred feet into the air.

I watched it go higher and farther away, flying north quickly, it was gone from my feeble vision and pitiful grasp.  I slowed to a trot, then a fast walk, and then I stood still and laughed with tears in my eyes.  I was sure that a Holy force and my late wife Carol were behind it all, that I was blessed, touched on the shoulder, and reminded of a great truth I would come to form into words.

I know I laughed with delight that it was somehow an answered prayer.

On that place where I prayed that morning, I prepared to pray at night.

I eased myself down and sat cross-legged in a ring of Chino grass.  I placed a tobacco offering on the earth in front of me and I faced the wind.  Rain trying to turn to ice formed needles stabbing my face.  My hair blew loosely behind my shoulders.  Thunder and lightning exploded before me.

I sat at the foot of a dark earthly stage.

I began to speak in my prayerful manner.

“Thank you spirits of the grasslands for hearing my prayers, carrying them to the spirit winds, to the nation of clouds, and Creator.”

“You know me. I am a small man, a mere two-legged, a dreamer. I come to you again, to sit before you and learn to become a better man. Once again, I seek the greatest good for the greatest number. Guide me. Show me the way Great Spirit.”

The winds came in bursts and the rain sporadic. Rumbling thunder from beyond the mountains. Distant bolts of lightning back-lighting the mountainous clouds.

My mind blank, I drifted in and out of the sensations of whipping winds and random rain.

Then I heard something nearly-foreign near my ear.

I sat perfectly still and listened.

Amidst the cacophony of wind all around me, a tiny and fragile sound was unmistakable.

“But it shouldn’t be here. Miles to water. Mile-high desert conditions.”

“Could it be a mosquito?”

My left hand took a swipe at it.

I sat still. It came back, trying to get into my ear.

Forgetting my prayer, I focused on the mosquito. Then I stood up swiping. The storm began to quickly intensify. I swiped some more. The rain came harder. Bigger drops. More force.

I stopped my antics and hurriedly closed my prayer.  I turned towards the village and began to make my way back in the dark.  I confess I felt some element of fear that I had overstayed my time with the growing storm.

The wind was directly behind me and pushed me with each stride towards where I had started my walk. Large, heavy rain drops hit me in the back of the head like a giant hand drumming its fingers on my noggin out of boredom.

I was ashamed that I lost my prayerful time to something as insignificant as a mosquito.

I walked briskly, and because my shoulders ached, I shrugged them up and down and around in circles. I swayed my hips back and forth to loosen them up, and I then concentrated on walking safely on the path. The longer I walked, the more exhilarating the journey. The wind at my back encouraged me. My body relaxed, and I felt lighter.

I smiled and chuckled out loud. Upon reaching the gate, I turned and leaned back against the fence line, both arms up on the top rail. I looked back to where I had just come from.

“Thank you! I am blessed this day!

Thank you! But what does mosquito teach me?

And what about this wild man?!”