This first book in The Dreamer Series is an intriguing mosaic of images, ideas, and actions across time.

There is an Indian that does not belong to an ancient tribe and an old man that challenges him, a foreboding childhood drama and a country radio station that provides comfort, a grandfather’s stone and grandmother’s poem. There is a midnight close encounter and a beaten child saved by an afternoon home run hit.

A coyote teaches a lesson, a tree makes a surprising gesture, and an antelope runs with a man. On a woman’s arm is a rose-like scar. There is the sale of the world’s greatest guitar. A guitar falls from the sky, and a slavery survivor heals a wounded girl. Two sex-crimes detectives plan to trap a knife-wielding rapist. An ill elderly woman fears she is losing her mind. Two sophisticated women hear a song and fall off their chairs laughing. A grizzled old cowboy and a stoic gray-haired preacher listen and weep.

The book asks if there are horses, a Redbone hound, and a stubby-tailed cat in heaven. It explains the apple of a father’s eye and shares the country tune Redneck Feminist. It tells of an economy with no money or spoken words. There are spoken words carried by the wind and a nation of clouds that hears them. There are real mysteries and unreal coincidences. There are good reasons to die and better reasons to live.

Is life measured in time or courageous acts of love? Can little choices fulfill a great destiny? What of discernment and deception, passion and apathy? What of defiance and surrender, blessings and tragedy?

Indians & Aliens is a book of wildly diverse themes. It is also a book of an uncommon love between Grace and her husband Jack, a man fond of pointing out to those who fail to think of it, “Before there were cowboys, there were Indians.” 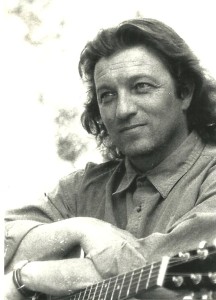 While working as an around-the-clock caregiver for the greatest love of his life Carol, Jeffery Kirkendall began compiling a portion of his years of fictional writing into The Dreamer Series. He has now published his first book in that series Indians & Aliens and unexpected short stories.

Jeffery draws his fiction from a deep well of personally meaningful pursuits which overlap with considerable professional accomplishments.

For twenty years he has been devoted to the sacred Native American ceremonies and oral traditions he calls the Red Road. Among his red relatives he is known as a dreamer. Some of the most fun dreaming he reports involve famous people.

In his dreams he has several times had lunch with Sean Connery at the same outdoor cafe, the legend always thrilled to see Jeff again. He has traded guitar tunes and partied with Val Kilmer in the Hollywood hills, jammed with Chet Atkins in Nashville, conversed with one of Richard Nixon’s burglars in the Oval Office, and thwarted an assassination plot against the political leaders of both Great Britain and France. He once listened to a history-altering speech by Thomas Jefferson in a common village square.

Jeffery has been a singer/songwriter/musician and public performer emphasizing themes of human dignity, humor, tragedy, relationships, the environment, and Native culture.

He has rescued and nursed dogs, cats, and horses that were abandoned, sick, or dying. He has rescued a Great Horned Owl, Black Vulture, and Downy Woodpecker. He has trained a Doberman for obedience competition and used the John Lyons method of round-pen reasoning to train two Appaloosa colts for riding, without ever a buck. He has a deep love for walking through the wilderness.

Jeffery has been a presenter on the subjects of childhood trauma, the nature of masculinity, feminist issues, and religious diversity. He has been a carpenter, mason, concrete finisher, job foreman, project manager, and personnel director in the field of construction.

While pursuing his Bachelors Degree in Psychology at Arizona State University, he worked in experimental psychology. When starting his Masters Degree in Counseling at A.S.U., he began an eighteen year career as a well-respected trauma counselor and educator for organizations that included the Center Against Sexual Abuse (CASA) in Phoenix, the Arizona State Prison at Perryville, the Rape and Sexual Abuse Center of Nashville (RSAC), and the Psychiatric Hospital at Vanderbilt University. Jeffery was National Board Certified, licensed by the state of Tennessee, and profiled in The 1985 International Who’s Who of Sexology.

Jeffery co-authored with his late wife of twenty-eight years, Carol Jarvis-Kirkendall, the 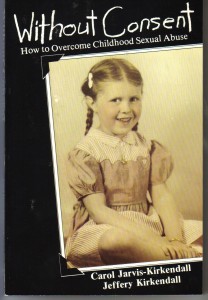 critically acclaimed and ground-breaking book Without Consent: How to Overcome Childhood Sexual Abuse (1989). They were the first husband and wife therapy team in this field of research and treatment to publish a book for adults recovering from early-life trauma. He counts their collaborative healing work as one of the greatest blessings of their life together.

Jeffery is especially pleased that Without Consent has stood the test of time and is as relevant today as when it was written. It is available as an e-book and original copies sell on-line through book stores across the United States and Europe. The author maintains the website writinginamerica.com, posting both fiction and non-fiction.

When asked for what is he most grateful in his long productive life, Jeffery’s answer is emphatic and unequivocal, “Loving and being loved by Carol Jarvis-Kirkendall.”

This Author Loved His Deceased Wife and Respects Indian Culture.

After being touched with the deep love the author had for his wife, as displayed in Indians & Aliens, I was struck by the author’s knowledge and respect for Indian culture.  As a “card carrying” enrolled member of an Indian tribe, it made me feel proud of my culture reading the author’s words, and lyrics of the author’s songs.

This is a must read for those who have suffered in life and survived to live another day.  It is also about how we can help each other during this journey in life.

Finally, it feels good to use my Indian name after reading this enlightening book.