(excerpt from the forthcoming novel Grace and Dreamer by Jeffery Kirkendall)

Jack was considering asking Grace to marry him. 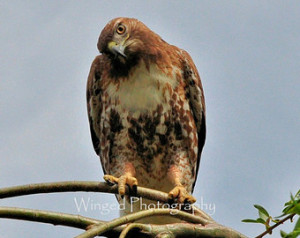 During this time of great contemplation, he was driving his truck to the cabin he and Grace were staying in for a couple of weeks of writing. On a little-traveled two-lane blacktop, among the springtime Ponderosa pines, he was startled by a large hawk flying dangerously close in front of him. He put the brakes on and watched as the bird soared up onto a nearby hill and landed at the top of a bare dead tree.

.
Jack pulled off the road, and stopped. The hawk was beckoning to him. He deftly eased out of the truck, walked over and slipped through a fence, and then he strode towards the crest of the hill and the old tree and the great bird. As he came close to the bird’s perch, his winged brother tilted his head for a last look, nodded, and lifted off to the east.

.
Jack stood still in the light breeze and scanned the valley below, much as the winged one had appeared to do. Then before him he noticed a distinct depression in the earth. It was long and narrow and strangely looked just the size for a human to lay in. Jack had read of an Indian that went on a vision quest, fasting for days while lying in just such a hole on top of a hill. So Jack laid down in the earth.

As he laid there and looked about, he thought the soft natural bed was deliberately located on the hill so that someone lying in it was positioned in an offertory fashion before the sky above and earth below.  So he closed his eyes and opened himself up to a prayer, asking God to guide him in his important life decision.

He was suddenly taken with the image and sense of an old man standing still before him, a man who appeared peaceful and carried a staff. He looked at Jack until Jack realized he had just asked in his prayer, “Should I marry Grace?”  The old man had come with lightning  response.

The old man made a slight gesture with his staff, and Jack had an amazing vision of many attractive and sensual women surrounding him in a public venue.  They showered him with attention and adulation for his many worldly accomplishments. Jack felt some of the  sensations of that vision as it lingered, and then instantly it was gone.

Before him again was the old man. Jack understood him to say. . .

or you can marry this woman and live a life of greatness.

The vision vanished.  The gentle sounds of the birds in the meadow returned.
Alone on the hill, lying in the grass and sunshine and a gentle breeze, Jack sat up and looked across the valley.