My first client as a professional counselor was a little girl named Marie. She was three- 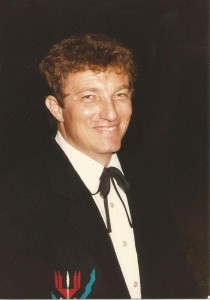 and-a-half years old. She was non-verbal and had not spoken a word since she was put into foster care. Both she and her six-year-old sister were being treated for gonorrhea. Both of their parents were in jail.

That was the fall of 1981. I was twenty-nine years old. I was a trained volunteer for The Center Against Sexual Assault. I had been taking regular shifts answering the 24-hour hotline..

Based on my undergraduate work as a research assistant and strong statistics background, the agency hired me as a data analyst for four hours per week at five dollars per hour.

Let me be clear.

This was not the work I planned on doing forever. I figured that if I could learn some counseling skills with that agency’s clientele, then I could probably handle just about any counseling situation that would come up in life.

I thought this sexual assault organization might hold some insights or answers into my nagging dissatisfaction with my religious upbringing. I thought that if there was a God, and I was asking that question at that time in my life, then surely there would be something to discover in this fringe element of the counseling profession.

A few weeks after starting the job, a veteran therapist there, who knew I was in the Masters of Counseling Program, asked me if I would like to help her with the children’s play-therapy group.

I said that I would like to do that.

The therapist explained that the half-dozen children in the group were pre-school to second grade. There were two sisters just starting the group, ages 3-1/2 and 6. The foster parents of these two girls were very involved in the kids’ therapy and formed a good supportive family.

The lead therapist asked me to pay special attention to the littlest girl. She was going to need a lot of help. The other children we making progress at a reasonable pace.

Over those first three weeks I used what I learned in Early Childhood Development to build trust with Marie, making periodic eye contact, smiling, using a gentle voice, encouraging her to draw pictures and make choices. Session four, she was smiling back and engaging in some of the projects the other children were involved in. Then late in that session, there was a group sing along, and out of the blue, Marie joined in.

The first words I heard from Marie were in her singing a joyful sound. From there she grew by leaps and bounds.

The thing that drove the lesson home for me was a chance meeting two weeks later at a street fair in downtown Tempe. On a crowded sidewalk on a Saturday morning, I heard a little voice calling from behind me somewhere. I stopped and turned around, the crowd parted like the Red Sea. The little girl named Marie was running up the sidewalk calling out, “Mr. Kookendall, ( She had trouble pronouncing my name Kirkendall) Mr. Kookendall, Mr. Kookendall!” Her foster parents and sister were walking hand-in-hand behind her smiling at having surprised me.

I knelt down and greeted Marie. She gave me an appropriate hug. While I knelt at eye-to-eye level with Marie, we all talked for a while. Then I watched them walk away together Marie waving as she looked back.

My life changed that day forever.

Something Godly had happened, and I was a part of it.

For me, no work in the world could be more precious.

I was right. I worked saving children for 20 years.

It was this time of year thirty-four years ago that I met that little girl named Marie. I imagine her now in her late thirties, and I wish I could send her a letter.

I pray that you are blessed with healthy children, 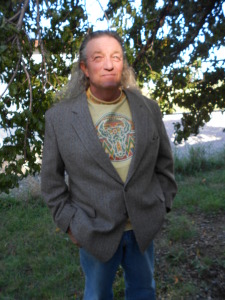 and that we both periodically pause

in our busy lives