Hello. My name is Jeff. I am a recovering writer. I can’t help myself. I just have to write 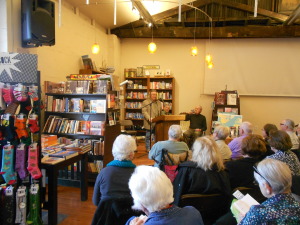 I am regularly amazed and grateful for my life adventures.   I am rich with memories.

Talking about my late wife Carol at the Peregrine Book Company was fantastic. It was like bearing witness, or describing a rare and beautiful phenomenon in nature, or giving a toast to her in front of my peers.

Let me back up.

I belong to the Professional Writers of Prescott. It is an organization and a monthly meeting of local authors, writers, poets, readers, all getting together to share our crafts, learn from each other, and hopefully inspiring one another to keep writing and sending out our messages in a bottle.

Five of us were at the Peregrine Book Company in Prescott Arizona to tell about our Co-authoring Adventures.

Carole Bolinski, who brought us co-authors together, told the audience of her experiences sharing with her brother. Their book of poetry is titled Pearls Beneath The Rind. Bill Lynam told of him and his brother bicycling and mopedding across Europe a decade after World War II. They also “footloosed” their way through South America and back across the United States. His book is Footloose Pilgrims. Connie Johnson engagingly told the story of her and her sister’s collaboration on their book Farm Kids, A 1950’s Wisconsin Memior

Herbert Windolf recalled his precious long-distance relationship with a German woman, whose poetry he translated into English. Herb, an accomplished poet himself, dazzled us all by reading a poem in German and then the same poem in English. His book is The Year Mirrored in Poems.

It was marvelous experience collaborating with these writers, these kindred spirits, holy scribes, keepers of ancient traditions. I had a nice laugh with the audience when I finished my presentation by explaining that I was going to convince my colleagues Carole, Connie, Herb, and Bill to join forces, rent a van, and go on a national book tour of our own.

I know it doesn’t sound that funny the way I describe it now, but it really was cute and everyone in the audience laughed.  As a storyteller and teacher and entertainer long ago, it felt great to be back.

I spoke of my experiences co-authoring the book  Without Consent: How to Overcome Childhood Sexual Abuse with my late wife Carol Jarvis-Kirkendall.  I explained how our writing together was a big part of my decision to marry her. We were great together saving families. easing suffering, and sometimes helping send bad guys to prison. She had my back, and I had hers, and sometimes when people are really good together, one plus one can equal three. Our work has been a healing influence in thousands of lives.

I read my popular story Marriage Decision Vision. (Click here).  I explained that I made a promise to Carol early in our relationship that when she left this world, I would be holding her in my arms. She would know that she was safe and loved and had lived a good life. I told my listeners that I kept my word and that was just how Carol passed.

I thanked everyone there for coming. I thanked Susan Lang for the pleasure of speaking at the Peregrine Book Company. I explained that if anyone in the audience would like to know more about the child on the cover of Without Consent, they needed to read my Indians & Aliens – and unexpected short stories.

I further explained that if they bought both my books that day, I would ride home with them, do a dramatic reading, and stay for dinner.

They laughed. I laughed. 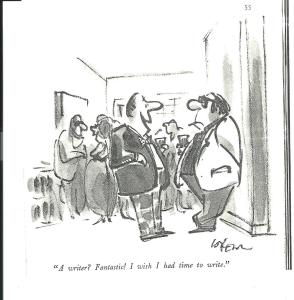 Met a lot of nice people.

So thank you writers,

and thank you readers.

It was a great day.