Recently a man running for the Senate in Missouri made the statement in public that women who are victims of “legitimate rape”  cannot conceive.  He claimed that some kind of science exists to support this notion that during “legitimate” sexual trauma, as he puts it, “the woman’s body shuts down,” and the egg is not fertilized.

Since hearing this defiance of biological science in the national media, I learned that this falsehood is being passed off as fact and justification for support of abortion being illegal, even in the cases of incest and rape.  As a staunch opponent of ignorance and deception, and as a retired trauma therapist with thirty years of experience, I felt compelled to address this moral issue in writing.

Let me be clear, I am not advocating for or against abortion.  I am stating that there is no such thing as “legitimate” rape, no anti-conception mechanism in the female body and I am asking, “Do you want state/federal government making this choice for you, your child, and family?”

Let me describe in generalizable terms a true case I dealt with  years ago which we might all agree falls into that much-discussed category of “legitimate rape” and even has enough trauma to qualify as “sexual torture” or “sexual terrorism.”

A twelve-to-fourteen year-old female child of an average middle-class American family is held in a remote location out-of-state against her will.

Imagine someone you know and love in this  scenario.  Visualize her there.  Say her name out loud.  Set a photo of her next to your computer as you contemplate this scene.

I will call this child Emily.

Emily is heavily drugged and gang-raped for three days.  She is then left naked in a public park at dawn, dazed, bruised, and stained with dried blood and semen.  She is held in a jail cell for the ten hours it takes for her parents to come and pick her up.

In spite of the fact that Emily knows some of her attackers and will see them in her community, no one is arrested, even questioned by police.

What we know is that, regardless of what happens next, Emily and her family will live with the events of those three days for the rest of their lives.  It will permanently change all their major life-decisions and family/friend relationships.  The horror Emily endured will forever periodically haunt her dreams and waking state.

QUESTION:    Should Emily and her mother and father be forced by law,  under penalty of imprisonment, to bear the child of her rapists?

*This is not a scientific study. This is a simple inquiry of those who have an opinion.

That is my wife, Carol Jarvis-Kirkendall, way off in the distance, in front of our single-wide mobile in Apache Wells, Arizona.  Our Doberman Angel is next to her, and our smaller mixed-breed Sparky is off to the left.  Carol is happiest with her hands in the dirt, accompanied by our four-legged family.

Carol can no longer engage in the kinds of activity she did three years ago when I took this photo. She has required 24/7 assistance almost continually for the past twelve years.  She has endured  chronic pain in one part of her body or another, and most of her medical and psychological challenges are the direct result of damage done to  her body from being physically and sexually abused as a child and young woman.   She nearly died three times this past fall of 2011.

While in fragile health and increasingly dependent, Carol endures as a force of nature, a poster-great-grandmother for “Living gracefully is the best revenge.” She inspires me to strive to be the best man I can be, and she will forever provoke my wonder that in spite of years of suffering hideous abuse, she grew into a person of uncommon kindness who persists in finding the best in people.

As a pioneering clinic director, private practicing therapist, author, lecturer, and as a mother, Carol has been a trusted healing influence in the lives of countless families recovering from childhood sexual abuse for over thirty years.  She is my hero. 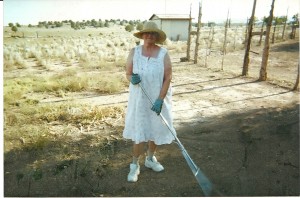 Because Carol often now has trouble remembering her great accomplishments in life, I am asking readers for notes of encouragement or congratulations which would be of help in her healing and recovery.  Please, if you are so moved,  “Leave a reply.”

Many blessings to you and your families.